Binging on yuri themed novels lately. I read volumes 1-4 of Adachi and Shimamura, everything currently available…officially. The premise in book one of two kinda cool, detached delinquents falling in love was interesting, but that kinda got blown to smithereens maybe halfway through book one when Adachi had a dream about smooching Shima. Love turns Adachi into a full blown basket case, taking her from an introverted loner who seemed genuinely uninterested in people to someone who is almost a constant simpering wreck around the object of her affections.

I think the author himself (or herself) realized they absolutely melted down Adachi’s cool demeanor almost too quickly, because in a later book they dedicate part of an intro chapter showing Adachi through an unnamed side character’s eyes before the events of the first book, where she’s the aloof beauty she very briefly started as.

The whole series so far is just a case study of being simultaneously relatable and unrelatable. At one moment I’m nodding along with Shimamura’s ruminations on how her personality changed from carefree and outgoing as a small child to more guarded and people-pleasing as she grew up, only to be put off when she just refuses to question moments of weirdness from the alien girl side character and Adachi. Shimamura is the type to have misgivings and just refuse, refuse, refuse to ever spell them out to the people she’s talking to, choosing to defer rather than press a point when characters say inscrutable things around her. In the same way, I find myself simultaneously aching for Adachi since I too tend to be more of a “quality over quantity” person when it comes to wanting one or two friends I can pour my heart out to and not be interested in having lots of casual friendships, but Adachi is such a wreck she veers into full on mental disorder territory. Something seems wrong with this girl. Like she’s so pitifully dependent on Shima it crosses the line of love and into a kind of twisted dependence. Coupled with her refusal to even take interest in anyone else and bouts of jealousy and she just about starts crossing into yandere territory.

Through it all, Shima puts up with Adachi’s possessive, awkward, anxious nonsense for some reason, perhaps a yearning for something closer than the casual acquaintanceships she’s used to? But for books 1-4 she’s been pretty passive all the way through. Their friendship has literally been on the verge of collapse because Adachi’s fretted herself out of talking to Shima and Shima simply couldn’t bring herself to go out of her way to reach out to Adachi to keep things going.

What we get out of all this mess is not really a good romance, at least yet. This ain’t a yuri lovefest at all and IN MY OPINION will really disappoint you if you’re looking for that. Instead if you like interesting character interactions between two characters with complex thoughts but frequently frustrating actions, it may just engage you.

The next book, v5, comes out in June which is frankly a ridiculously long amount of time for what you get in a volume. Especially considering there’s at least like 9 volumes out in all. I’ll probably be moving on to the fan translations if I get the itch to keep reading from here, that wait time is absolutely insane for already-translated material.

Otherworld Picnic–this is an isekai romp where another world runs parallel to our own and anything from complex inputs into an abandoned building’s elevator control panel, to simply walking down the wrong street at night can find you stepping into that world. It’s a bit Narnia-esque in that regard, I couldn’t help but think at first glance, with the way characters just stumble into the world through nooks and crannies.

I was engaged all the way through volume 1, but I’m probably putting this series on the backburner from here on–it simply didn’t present a strong enough showing to feel worth reading further for a few reasons.

The big one is just horror fatique. Yes, despite my Narnia comparison this is an isekai with a horror twist. Internet urban horror tales, folklore, even western UFO myths and cthulu mythos-esque cosmic horror–it’s all fair game in this parallel world that the characters suspect is actually tapping into human consciousness to manifest itself. If that wasn’t bad enough, this Otherside is also littered with booby traps in the form of anomalies that are a blatant take on S.T.A.L.K.E.R.’s anomalies, down to a character using metal bolts to trigger them. This is, taken individually, meeting ALL of my standards. I had no idea what this was going to be initially going into it besides yuri and isekai, so I was pleasantly surprised.

That surprise was tempered though by the pacing. We jump right in with our perspective character on the verge of death, having already discovered this other world and after a few trips she bit off more than she could chew when she encountered a monster whose form is almost literally incomprehensible. She’s saved by another explorer who is looking for her former partner, and they team up to search for her. The book absolutely rattles off horror encounter after horror encounter from there–every time our heroes dive in, they encounter some beastly abomination, and it’s always a near-death encounter. It’s actually hard to even tally up the number of times their lives are in danger or the specific number of threats, because this book is basically just a smorgasbord of horror tropes with the heroines stumbling from one to the next with barely any time to breath. And they always either beat the monster or get away to fight another day with their sanity relatively intact…which might work if they tried to pull it once per volume, but when we’re talking our heroines having growths poke out of their faces as their bodies simply can’t contain the eldritch insight obtained from one looking straight on at one foe and all that simply going away when that foe is defeated, to one heroine being *partially dissolved* into a swirling dimensional vortex of pure horror wearing her old partner’s face, and being none the worse for wear after dumping some lead into the vortex to close it up, I just stop taking it all seriously.

So herein lies the pacing issue–if we had a bit of a slower burn, with perhaps some slightly less close calls early on culminating in a big climatic fight with, say Hasshaku, that might have made for a good first volume, but by the end of this volume I was like “yeah whatever, they’ll be fine, there’s n more books in the series so they’ll recover,” it just makes any damage they SEEM to be taking in any given encounter hard to take seriously. There is no perceivable healing system, they just rely on essentially snapping back to normal when the enemy is disposed of. Except this didn’t happen once…which leads me into my next main complaint.

No respect for world building (also still kind of a pacing issue). The “throw everything at the wall” strategy for the monster encounters is endemic to the whole story, not just the monsters. If I dare make another Narnia comparison, the Wardrobe is the main way to access Narnia in the first book of the series, and its connection to that world is actually established in another book in the series. Other books go on to mix up this formula, but they dole out entrances slowly over the course of the series and they frequently are a one-time use.

This book has no such restraint in how characters enter this alternate world–very early it seems like at least entrances are limited to back alleys and obscure rituals, but later it seems like just about anything can trigger you crossing over. Open the wrong door? That’s an Otherside’n. Walk down a public street? That’s an Otherside’n too. Do absolutely nothing? That’s definitely an Otherside’n. The fabric of reality in what should be normal Japan sure is thin if people can just walk into Otherside like they took a wrong turn at Albuquerque. It makes it feel…not so secret, or special, which is not super exciting.

The main character is another problem–we’re given no glimpse of her real life prior to being thrust into the action, and we get absolutely nothing in between action segments. She’s a university student who wants to nab artifacts to pay off her student loans. That’s it. Hard to tell if she has hobbies in her free time that don’t involve staring into the abyss, no friends at college, nothing. But man they sure dump a major revelation on you about her parents joining an ill-fated cult and her spending her teen years homeless! Like…WHAT. There’s no effort put into about letting you get to know these characters outside of the horror trope treadmill, and no effort putting into doling out character tidbits in a way that isn’t almost frivolously offhanded.

And let’s wheel back around to the STALKER reference in the form of the Anomalies. Another example of this book blowing it’s pacing load waaaay too fast, Anomalies get spammed like crazy, with the next major trip to Otherside after they are revealed taking them from sporadic but incredibly deadly, to having our characters dart around them scattered like mines in a minefield, while being CHASED, like they’re inconveniences.

Here’s the crux of the issue–if you’re like me and love this cosmic horror, urban legend mashup, you’ll at least be intrigued, and when you see monsters you recognize and that the writing does a great job of visualizing, you’ll certifiably have some giddy moments. But I just don’t think the writing holds it up. Aside from a blue eye that actually was completely, 100 percent, beneficial and a cosmetically inconvenient partially invisible hand, both received in the first major encounter in the story, no encounter really costs the characters anything or causes meaningful damage. The romance, such as it is so far in volume 1, doesn’t even remotely pique my interest when the main character has almost nothing going on personality-wise. The Otherside itself, beyond its highly referential stable of creepypasta residents, has nothing really to make it feel like a place. It’s a nightmare, and if you’re there you’re either passing through or a slobbering horror. It’s not so much a world on its own as it is a convenient device for setting up whatever horror scenario the author wants to explore next. I prefer my characters a little more humanized, my worlds a little more fleshed out, the action and stakes a little more deliberate. 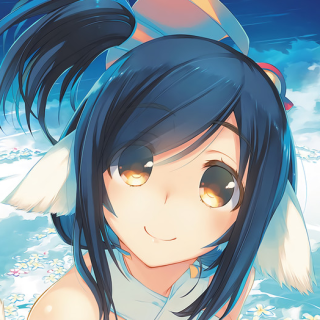 I like writing about things--I did a lot of essay writing for college so now I want to reconnect with writing as a hobby.